Leading up to Christmas

That moment I've been dreading for years finally came around this week and wasn't as traumatic as I thought it would be.  So yes, Santa is out of the sack in our house now (I'm sure you all know what I mean), and that's all I'm going to say on that so there are no spoilers.

I have to admit that I am relieved.

On the crafting front, I've finally finished the shopping bags I've been sewing for the teacher's gifts.  I've even got a few extras to add to my gift stash and am loving the way these have turned out. 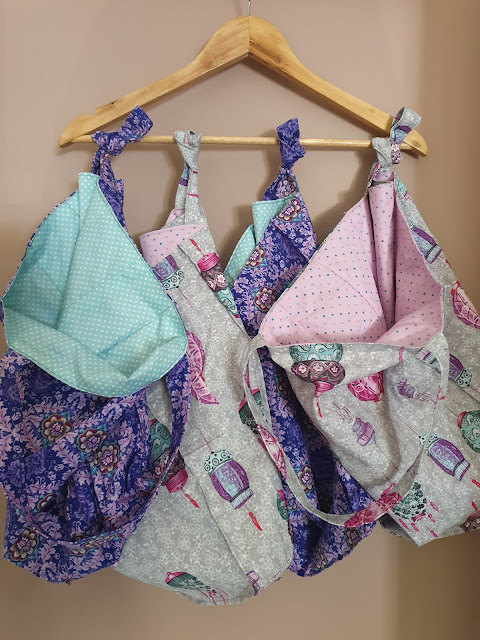 They really are the perfect gift as they fold up quite small and are something a little different and unique to all the other generic shopping bags you buy.

I love all the different ones of mine that I've made over the years and use them all the time. 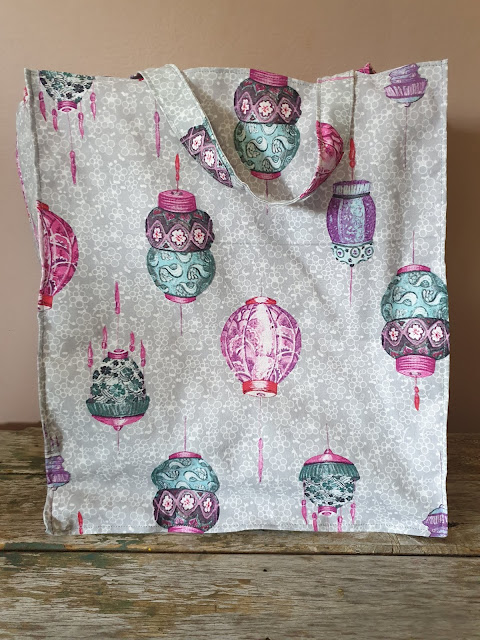 They're also easy care as they get thrown in the washing machine regularly and are good to go again.  In fact one of the ones I'm still using I made about 8 years ago. 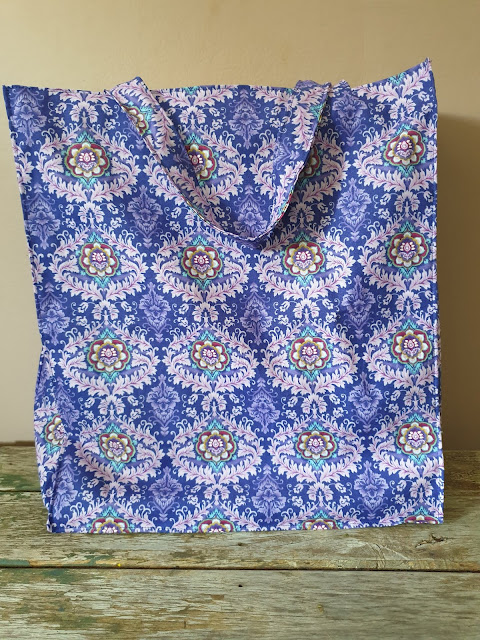 The crochet has been trundling along very, very slowly.  It's been way too hot to work with anything wool, even with the air conditioners on but I've decided that I really want to finish this wrap by the end of the weekend if I can. 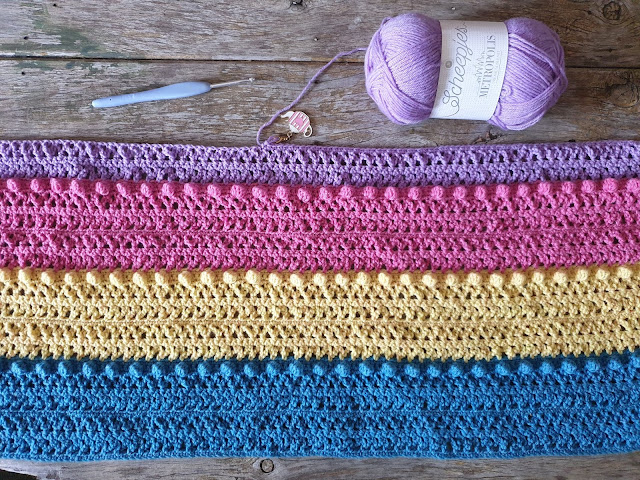 Things have also been very hectic around here too which is why things on the craft front have been slow.  There have been NDIS meetings, a couple of paediatric appointments, psychologists and equine therapists for the kids and plenty of school visits.

As the end of the school year draws closer and the final weeks of Master M's time at primary school comes to a close, things have been pretty stressful.  In fact the past 6 months or so have been very stressful for him because he's freaking out about going to high school.

He really doesn't cope with change well and the thought of high school has been daunting for him so I'm often getting phone calls from the school and have to drop everything and run to pick him up.  I can only make appointments and plans for myself when hubby is home from work so I know there will at least be one of us here for him if needed.

Both schools (primary and high school) have been incredible and so supportive with him.  He's already had a number of transition days where he goes to the high school for a small period and is getting used to the sensory room they have there.

We go in every Wednesday morning when we drop Miss R off at school and he spends some time in there before we head off to his school.  He's slowly getting used to it and we'll have more chance of actually getting him through the gate next year.

He also has a specialised program where he will only attend school for one hour a day to begin with and we'll build on it from there so in effect, I'll be home schooling for a good part of the first half of next year.  I'm not sure how I'm going to cope with that! 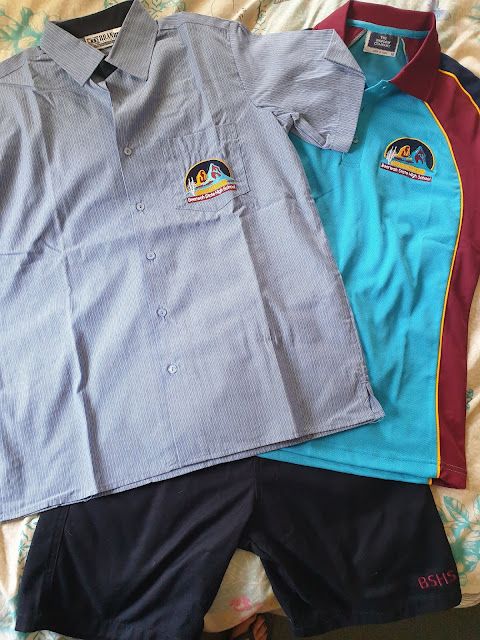 We've already got his uniform for next year.  They didn't have everything in stock as they don't get the next shipment until a couple of weeks before the next school year begins but I wanted to be able to try the sizes out when he was on his own so he wouldn't freak out.  So he'll start the year with his new uniform and I'll pick the rest of it up once he's started and he doesn't have to be there for that.

All I can say is that if anyone has a child that is having difficulty with transitioning or any other problem, just talk to whoever you need to at the school and they are usually really receptive to helping you.  The key is to ask and to work together because the child is the one that needs the support of both school and home.

I hope you're all having a wonderful week.

Posted by daydream in colour at 14:26

It sounds like you have a good plan in place to assist in Master M's transition to secondary school. It must be a concerning time for you all but I'm sure your strategies will all help in making things go a little smoother for him.
Your bags are fantastic. The recipients are sure to love them. X

That move from primary to high school can be really challenging as it's all so new. We found that choosing a smaller school and organising extra transition days really helped our son and led to the good start he needed for a successful year. He is now almost finished Year 7 and we are wondering where the time went!

The bags you've sewn are very pretty...lucky teachers! The fabrics are gorgeous. MegXx

You have a lot on your plate and a worrying time ahead. You are doing great to help your son with the transition to secondary school and I am really pleased to read that the school is also doing their very best. Some lovely sewing in your house, too. x

Those re-usable shopping bags are a terrific gift. Helpful to the planet and oceans, too. It sounds like you are doing very well to transition your kids through the school system. ((hugs)), Teresa :-)

Those bags are the perfect present! The colours are lovely.

If you start by testing your soil, you will know what nutrients it lacks, and also which nutrients are in over abundance. Once you find out where your soil stands, you can make natural modifications to help ensure a healthy start for your garden.
satta king
play bazaar

at the same time every day. This will help you stay away from snacks and also help you reduce the quantity of food that you eat. Eat in the morning, around noon and around nine in the evening for better results.
satta king
play bazaar

Try these tips and stick with them, and you will be confident enough to try bigger and better things; not only in weight loss but in life as well. And as you start to see results it will indeed become more fun.satta king
play bazaar

Feel free to email me at:

Posies in a Row Shawl Pattern

Places I love to visit

Head over to my previous blog Sunshine Smiles to find out what we were up to before this blog.

The Wisdom of Master M

Patch (the dog) kept trying to climb onto my lap and was sniffing and licking me.
Master M says: It's because you smell like steak and bones.
Master M was refusing to eat his roast dinner.
Daddy: I bet if I put chocolate all over it you'd eat it all up.
Master M: No I wouldn't cause it would make my throat fart.